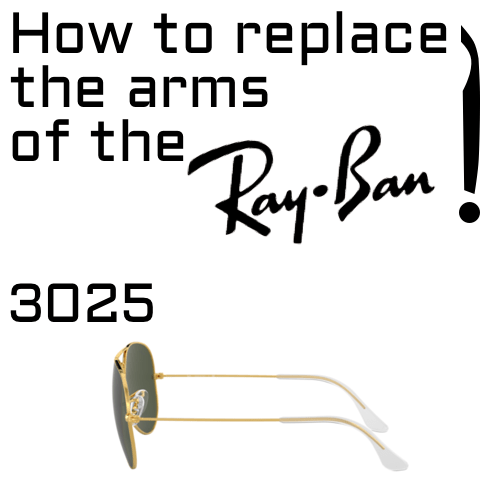 Ray-Ban 3025, what to say? It is the most classic model of Ray-Ban and with which the brand became known in 1936 when they launched special glasses for American pilots/aviators in the Second World War, it is a legendary model that never goes out of fashion. It has a classic style that provides great coverage of the sun to the eyes due to the shape of the lenses. On the other hand, despite the all-metal and glass lenses, it’s a lightweight model that doesn’t weigh you down. In this tutorial, we’ll show you how to change the Ray-Ban 3025 temples.

We would already have the temples replaced!

Here is an illustrative video on how to change Ray-Ban Aviator temples.

2 thoughts on “How to change Ray-Ban 3025 Aviator temples”